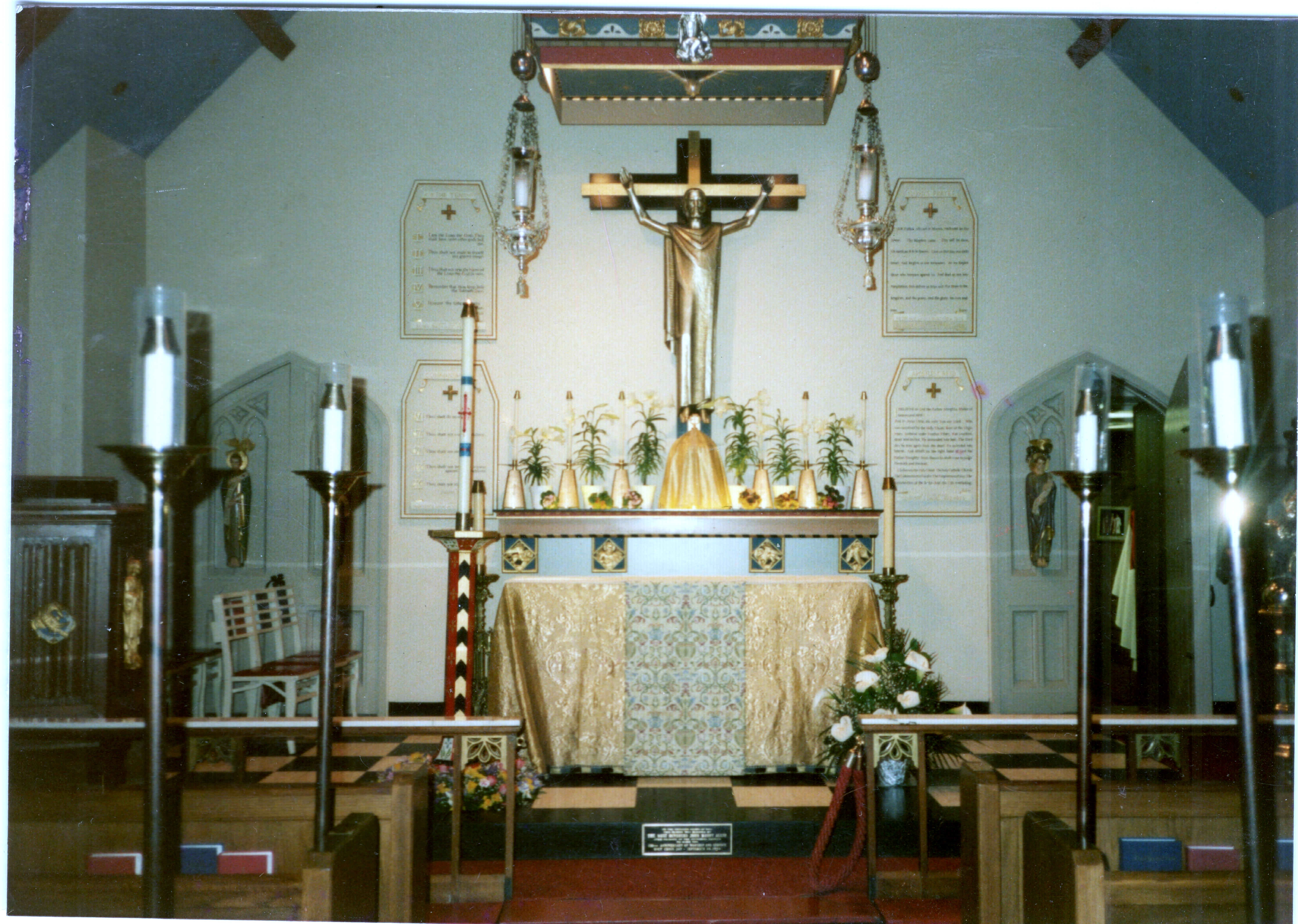 9818 Fort Hamilton ParkwayChurch: 1890Rectory: 1910
Located on the corner of 99th Street and Fort Hamilton Parkway in Fort Hamilton, Brooklyn, St. John’s Church was established in 1834 as the only Episcopal Church in Brooklyn south of Park Slope. This small country church has a frame structure with details painted red, white and gold, and features a rustic stone base and a slate roof.
St. John’s Episcopal Church, sometimes know as the Church of the Generals, was founded in 1834 and built by soldiers from Fort Hamilton. Numerous military leaders worshiped here, including Robert E. Lee, a vestryman from 1842 to 1844, and Thomas J. “Stonewall” Jackson, a parishioner from 1848 to 1850 after he fought in the Mexican War. During its early years, it served the soldiers stationed at Fort Hamilton as well as summer residents of the many resorts then flourishing along the Narrows.
The first church building was demolished and a new building erected in 1897. This new building was gutted by fire in 1966 and renovated in 1970. In recent years, St. John’s Church felt the effects of the churchwide decline in membership. Facing shrinking pledges and ballooning deferred maintenance costs, the parish made the decision to close the church in 2014. We have joyfully merged with Christ Church Bay Ridge to continue following Jesus in South Brooklyn.